Welcome to Galvanized Gardens! Come back each Wednesday for a fresh new post or Subscribe and have it come to you.

“That the aged men be sober, grave,
temperate, sound in faith,
in charity…
The aged women likewise…”
Titus 2:2a-3a

“Charity never faileth.” Isn’t that a beautifully put, deep, thought? Very little in this world has that 100% success rate. In fact, we experience failures or get told things are failing on a regular basis. God says, in 1 Corinthians 13:8a that charity works without fail, every day, every time, and in every situation. We fail. Others fail. Governments fail. Churches fail. Equipment fails. Ideas fail. Charity, doesn’t fail…ever. In Titus 2, we find that God instructs us to be sound in this charity. Yet, why are so many suffering and in need with charity at our fingertips? Let’s take a deeper look at the answer…

God clearly explains what charity is in Titus 2 and I Corinthians 13 and it is defined like this:

Greek #25. agapao
to love (in a social or moral sense)
(The New Strong’s Exhaustive Concordance)

Charity is love that is synonymous with affection or benevolence expressed in a social or moral sense. This is the kind of love that can change the world, meet needs and ease suffering. This is the love we are to be sharing and showing to the younger generation.

There’s no way on this beautiful green earth that I could describe the wonderful attributes of charity better than the Creator Himself. After all, God is love (1 John 4:7-8) and He created us to love too. He also gave us very clear distinctions regarding charity:

When Charity is Absent

Benevolence and affection must include this specific love. Without charity, our kind efforts are empty and basically a useless noise. Our abilities, education, and spirituality don’t amount to anything, and our good works yield no profit.

When Charity is Present

God says our Godly charity makes an unfailing difference in what we do. This charity:

This charity never fails…when employed God’s way. We can take that to the bank and rest in that truth. Serving others without love, benevolence, and affection is fruitless. Being sound in charity, and a proper pattern for others, is a lovely gift from God that keeps on giving.

Bring It Home
Are you sound in your charity?

Praying for you as we grow together,

This site uses Akismet to reduce spam. Learn how your comment data is processed. 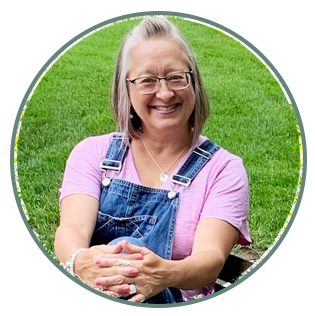 Hey Y’all.
I'm so glad you came by to visit my GALVANIZED GARDENS. Join me on the garden bench as we discover and discuss the Creator's solutions for building our cozy nests in the simplicity and solace of His beautiful Creation. 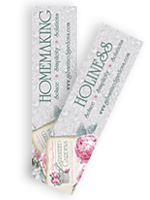 Join me in my garden today...
Subscribe now to receive five printable bookmarks as my inspirational gift to you.

“The aged women likewise… “That they may tea

“So Solomon built the house, and finished it. An

Got a minute? Scroll on over and visit: www.galvan

“That the aged men be sober, grave, temperate, s